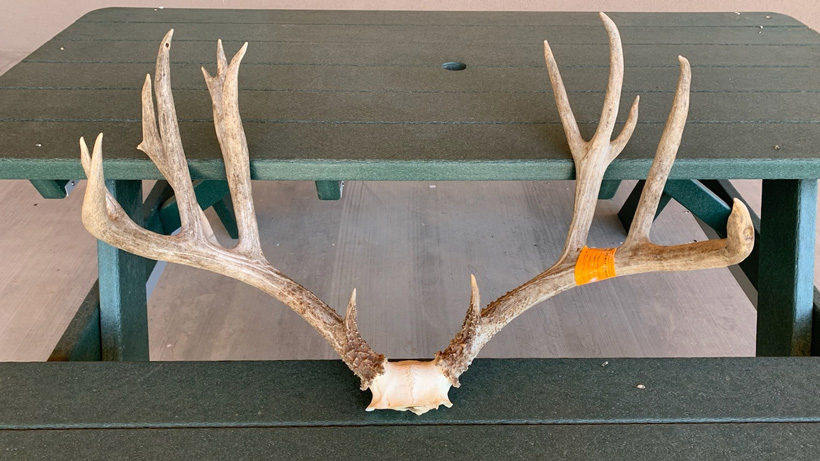 In June 2020, a North Dakota man was ordered to pay nearly $80,000 in restitution for a poaching case that led to an investigation lasting FIVE years for ONE trophy mule deer in Lindrith, New Mexico. To put this into perspective, investigators spent about the same amount of time investigating and prosecuting Ted Bundy after he went under police radar.

A judge ordered Cody W. Davis to pay $20,000 for killing the mule deer out of season without a license and a staggering $54,000 to reimburse the thousands of hours and 25,000 miles officers logged in the investigation. Davis was also ordered to donate $3,000 to Operation Game Thief (OGT), a New Mexico Department of Game and Fish program, which rewards citizens who turn in poachers.

This is huge for a single poaching case. In all of 2019, the New Mexico Department of Game and Fish collected just over $90,000 in restitution for violations.

What’s even more mind-blowing is the time spent on this investigation. The drive from Lindrith, New Mexico, to North Dakota is about 1,000 miles and 18 hours. You would need to drive back and forth more than 10 times (more than 400 hours) to hit 25,000 miles.

The Devil is in the Details

In December 2015, Sgt. Benjamin Otero with New Mexico Game and Fish received an OGT tip that someone had killed and cut off the head of a trophy mule deer. It wasn’t until March 2016, when another anonymous tip came in suggesting the location of the deer, that conservation officers discovered a large headless buck near Lindrith and the severed head stashed nearby.

After the discovery, officers set up nearly 24/7 surveillance of the area. Four months later, they watched as Davis returned to retrieve the head. Officers followed him nearly 100 miles toward Bernalillo, New Mexico, where he dumped the trophy head off a bridge over the Rio Grande in attempt to dispose of evidence. Conservation officers and biologists found the head after nearly two weeks of searching the river.

“We needed that to have DNA testing to show that deer was specifically the one that was in the field,” Otero said.

The recovered head scored 232 7/8” using the Safari Club International system. This score far exceeds the highest range of trophy scores and associated values listed in the regulations of Section 19.30.11.7 NMAC.

Although this is not the largest mule deer ever taken, it still could make the Top 4 list of biggest mule deer kills on record — if it had been taken legally, of course.

“A deer of this quality is very rare. Just because of the size. We don’t see these very often,” Otero said.

New Mexico authorities teamed up with the North Dakota Game and Fish Department and the U.S. Fish and Wildlife Service to deliver a search warrant to Davis’ North Dakota home, where he admitted to the crimes.

In their investigation, officers learned Davis, originally from Lindrith, had a 20-year history of game violations in New Mexico.

“It was a long investigation, involving many conservation officers, department biologists and staff from every part of the agency,” Otero said.

Even after all of the hard work, this case still may not be over.

“We anticipate that this case may be appealed but feel comfortable that we have a strong argument in support of the final order of the District Court,” said Mike Sloane, the New Mexico Department of Game and Fish director.

With all of the searching, DNA testing and warrants, it sounds like a full-blown murder investigation. Hopefully all of those hours logged are not to waste.

“We want to protect these resources for our kids, your kids, and for everyone to enjoy. Because I can almost guarantee most people have not seen a deer of that quality before,” Otero said.

You can read the original article here.

D+DH In-Depth is our premium, comprehensive corner on America’s No. 1 game animal. In this graduate-level course, we’ll teach you about deer biology, behavior, and ultimately, how to become a better hunter. Want to be the first to get our premium content? Become a D+DH Insider for FREE!