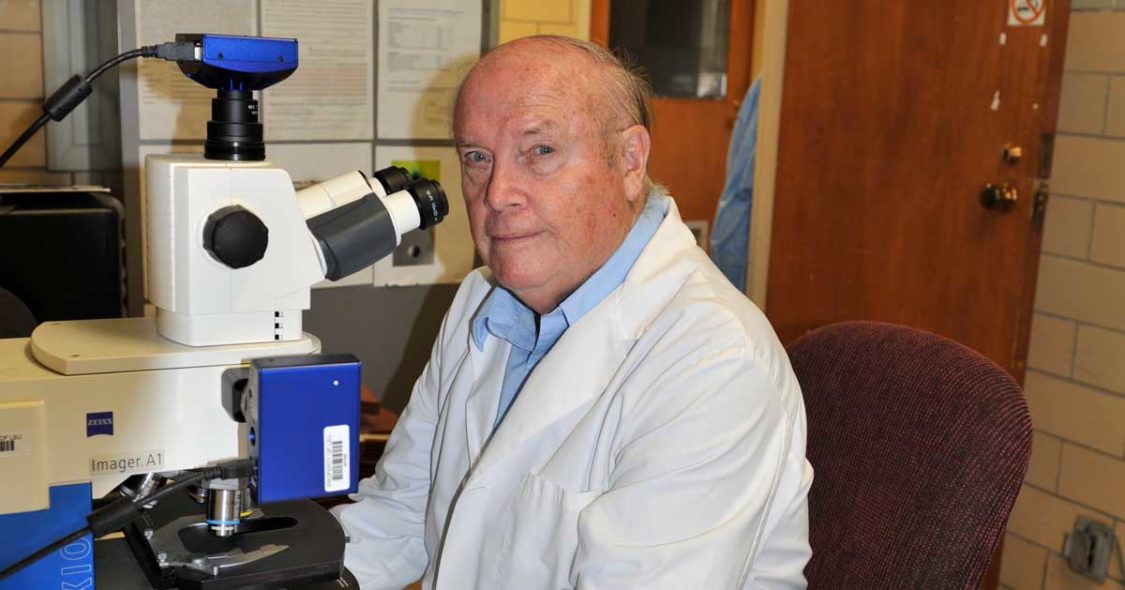 It is possible to eradicate chronic wasting disease — at least on some levels — in white-tailed deer. Bacteria, not prions, are present in all transmissible spongiform encephalopathy diseases. And, perhaps most shocking, up to 15 percent of all Alzheimer’s disease deaths might be misclassified cases of Creutzfeld-Jakob disease. Those are three bold statements made recently by disease researcher Dr. Frank O. Bastian, and he is standing by them.

The view that chronic wasting disease is not caused by a prion but by a spiroplasma bacterium has disrupted the deer world in recent weeks, but that doesn’t mean minds are ready to change.

For decades, research into the prion theory — that TSE diseases are caused by a “misfolded protein” — has been heavily funded, but has shown little results in terms of a cure or even the mitigation of CWD.

Enter Dr. Bastian. The researcher most known for his work at the Louisiana State University Ag Center has been conducting research on a different track. He sees evidence that a bacterium is the culprit, and the prion is only a marker. In fact, he says the Spiroplasma bacteria is present in every case of a TSE disease, but the prion is not.

Dr. Bastian reportedly first found Spiroplasma in the brain of a Creutzfeld-Jakob Disease patient in an autopsy in 1979. He later demonstrated that Spiroplasma mirum strain SMCA (suckling mouse cataract agent) induces a microcystic spongiform encephalopathy in suckling rats that is similar to rat CJD. In 2007 he isolated Spiroplasma from scrapie and chronic wasting disease (a TSE affecting deer, elk and moose, abbreviated CWD), cultured them, and inoculated them into sheep and deer.

Dr. Bastian is a neuropathologist and has spent years researching the bacteria as infectious agents. Prion researchers have been quick to criticize his work, stating that it has not met the test of duplication, but that’s where his recent breakthrough has come. After years of research, Dr. Bastian states that he has been able to isolate the bacteria and has developed a culture in which the organism can be grown. If proven, this important advance sets the stage for rapid development of research on all forms of TSE diseases. The trouble is that currently tens of millions of dollars are funding prion research, and virtually nothing is spent on bacterial research.

In an interview exclusive to Deer & Deer Hunting, I spoke with Dr. Bastian late last night and asked a number of questions. His answers all focus on the urgency that TSE diseases represent and the immediate need for research into the bacterial cause.

For starters, Dr. Bastian believes as many as 15 percent of Alzheimer’s cases — particularly those that develop in a matter of months or a couple of years — are really Creutzfeldt-Jakob disease, the human TSE variant. He said he believes that early screening of these people will show that some have a curable bacterial infection.

Dr. Bastian said he is also concerned about the safety and protection of the cattle industry, other livestock and zoo animals. He said that he also cares about white-tailed deer and other wildlife, and understands that the entire wild deer herd may be at stake.

I asked Dr. Bastian whether the same species of spiroplasma bacteria causes all TSE diseases. He answered that he thinks the answer is “probably, but not the same strain of the bacteria.” He also said he is confident they are immunologically different, but genome studies will eventually determine how different they are.

If the spiroplasma is the cause of CWD, Dr. Bastian said a vaccine could be developed to combat it, and that immunization would come through the introduction of antibodies.

“CWD could be eradicated in captive deer populations, just as other TSEs could be in livestock and in zoo populations,” he said. “Wild populations are another matter. Here, we will need wildlife biologists to develop delivery methods for both treatment and immunization. In CJD, we would not immunize everyone, but the members of a family of a CJD victim could be immunized. This could open the door to new research into ALS (Lou Gehrig’s disease) and some of the other neurodegenerative diseases.”

I asked about the hunter’s test kit that some reports say could be available in a couple of years. Dr. Bastian says it can definitely happen.

“Before field-dressing, a drop of blood on a test strip will be able to determine whether a harvested deer is infected or not, even in the early stage of the disease, and even if the deer appeared healthy,” he said.

Responding to His CWD Critics

I also asked Dr. Bastian what he says to those who have criticized his research for not being repeatable.

“Nobody has really tried,” he said. “Some who say they have did not strictly use the same methods.”

Oddly, this criticism of Dr. Bastian’s bacterial research is exactly what’s wrong with prion research. All infectious disease agents are normally isolated and grown, but prions have not been reproduced. Dr. Bastian said he attended one conference where a researcher presented a paper on replicating prions, then concluded by saying, “This is all conjecture.”

I also asked whether there are any state wildlife departments that view CWD as having a bacterial cause, and not a prion cause. He said none yet that he knows of, but scattered around the country are groups that are very interested in his research, including captive deer breeders in Texas, Louisiana and other states, the Unified Sportsmen of Pennsylvania, and many veterinarians he has spoken with.

“That is because that’s where the research money goes,” he said. “Once a majority of scientists are invested in one direction, a dogma develops that is difficult to change. Real science, however, always challenges the accepted wisdom of the status quo. We are now able to cultivate the spiroplasma bacteria that is present in every case of TSE diseases. We need more labs involved, which will lead to more expertise being applied to the study. Once that happens, more funding will come; wildlife scientists will show more interest; more minds will change, and we will get some real action on CWD and related diseases.”

Bastian said that he has spent a significant amount of his own money on this research looking for answers, and is not interested in fame, fortune or any personal gain from finding a cure for TSEs. He simply wants more answers.

“More research is definitely needed,” he stated. “If someone else gets credit for these breakthroughs, that’s fine by me. I don’t care who gets the credit. I am not looking for personal credit.”

Dr. Bastian’s research centers around a lifetime of work searching for the causal agent of the transmissible spongiform encephalopathies (TSE). He has shown that a wall-less bacterium, spiroplasma, is consistently associated with the TSEs. Recently at LSU Agricultural Center, he and collaborators in the Dept. of Veterinary Science have developed a Ruminant Model of TSE that will be used to study pathogenic mechanisms involved in the spiroplasmosis models. In collaboration with Dr. Thune, a genomic study will be conducted on the putative organism, which should dramatically help understand the role of spiroplasma in TSE.

1979 to 1982: Associate Professor of Pathology, University of Maryland, Baltimore.

1982 to 1992: Associate Professor of Pathology, University of South Alabama College of Medicine, Mobile.

1992 to 2001: Professor of Pathology, University of South Alabama College of Medicine, Mobile.

2002 to 2019:  Professor of Pathology at Tulane University School of Medicine at New Orleans.

Read more: 5 CWD Questions We All Must Answer

Read more: Opinion: Michigan Hunters Are Being Lied To

Read more: There is No Uniform Approach in How States Fight CWD