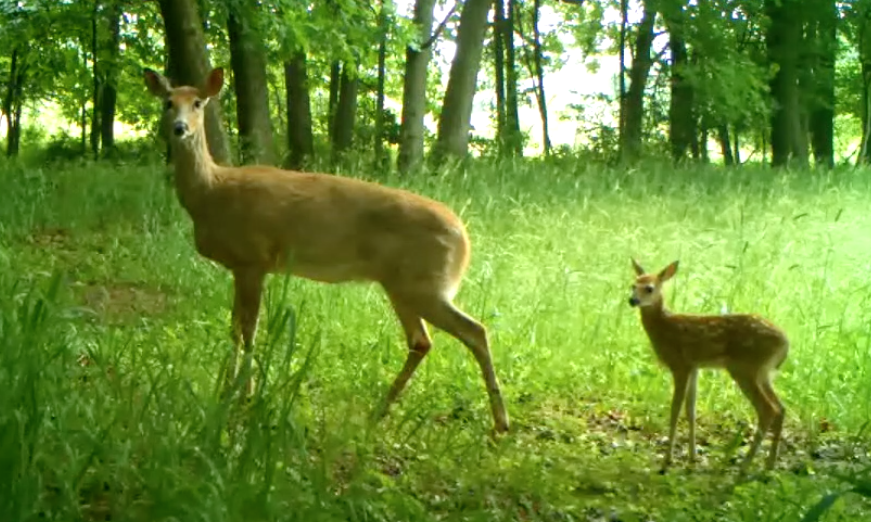 Do coyotes affect deer populations? That’s about as obvious as asking “do coyotes eat fawns?” Dumb questions, right? Not really, because it’s a topic that all deer hunters should know inside out. Coyotes affect deer hunting, and this year’s fawning season is almost upon us. After all, when coyotes attack deer, they invariably affect everything we do to improve our hunting properties for this year … and the years to come.

In his doctoral dissertation, “Predator –avoidance behaviors of white-tailed deer that favor fawn survival” for Iowa State University, Craig Norman Huegel reported on a study that examined fawn behavior from birth to six months. The results showed a distinct correlation between coyotes and heavy fawn losses, but it also showed the resilient nature of newborn fawns.

In this area of the Midwest, whitetail fawns are born each year between May 19 and June 19 with peak fawning times occurring from May 28 to June 1.

In the Iowa State study, 55 newborn fawns were captured, tagged and then tracked throughout the year. Thirteen fawns died during the first 180 days of the study. Of those, three died within the first 30 days due to non-predator circumstances. One of the fawns died from abandonment. Does abandon their fawns for myriad reasons. Human interaction is seldom a cause — unless the human removes the fawn from the fawning area and does not return it in a timely fashion. The abandonment death in this study was later determined (via necropsy) to be caused by an injury the fawn sustained while being hit by a landowner’s lawnmower, causing internal injuries. Natural cases of a fawn abandonment sometime include birth defects, parasitic organisms and health problems related to the mother. These cases oftentimes can also affect deer populations on a local level.

How Many Fawns are Killed by Coyotes?

Studies on how coyotes affect deer across the U.S. on a larger scale have shown an overall increase in fawn mortality. In fact, the two — high deer densities and coyote populations — usually go hand in hand. In the Iowa State study, coyotes were responsible for 54 percent of all fawn deaths. Surprisingly, domestic dogs caused 23 percent of the fawn deaths. This is all the more reason to keep your dog on a literal short leash during the months of May and June.

Predator-induced mortality occurred during all 30-day periods to 150 days, and predator-induced mortality rates were relatively constant among periods, according to the researchers. Although no predator-induced deaths occurred between 151 and 180 days, coyotes did kill one deer at the 195-day mark. The bowhunting season coincided with the last two 30-day periods of study; however, no radioed-collared fawns were harvested. By comparison, 3 of 14 fawns (21.4 percent) older than 180 days were killed (two legally and one probably illegally) by hunters during the 11-day shotgun deer season in early December. 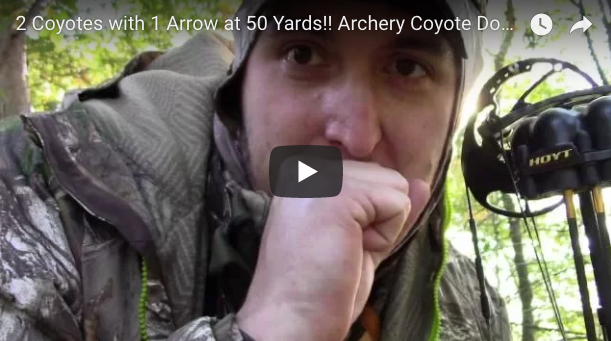 “The sex ratio of radio-collared fawns was skewed — 39 of 58 were males,” Huegel reported. However, buck fawns were as likely to be killed by coyotes as were doe fawns during the first 30 days. “Overall, buck and doe fawns had similar mortality rates. Only two of 14 pre-hunting season deaths, however, were does. No doe fawn was killed by coyotes, and only one (aged 85 days) was killed by dogs.”

How Many Fawns Does a Coyote Eat?

According to researchers, fawn mortality in excess of 50 percent within 90 days postpartum is reportedly common among white-tailed deer in semiarid areas of Texas and Oklahoma. Coyotes affect deer in this semi-arid region on very high levels. In these studies, nearly all mortality occurred 30 days postpartum, and more than 50 percent of the losses were caused by coyotes.

In contrast, reduced fawn mortality has been reported for mixed agricultural and forested habitats of the East and Midwest. McGinnes and Downing (1969) reported an 8 percent rate, and Deer & Deer Hunting’s John Ozoga reported rates of 23 percent in Michigan. Other states report losses ranging from 2 percent to 15 percent.

In the Huegel study, coyotes affect deer to the tune of a 21 percent loss of annual whitetail fawn production at 180 days, and fawn mortality was not restricted to the first 30 to 45 days postpartum. Similar predator-induced mortality patterns were reported by other Midwest researchers, but fawns are seemingly less vulnerable during the neonatal period than in semiarid Western areas.

Researchers Beasom (1974) and Stout (1982) showed that predator density has substantial influence on whitetail fawn survival, but comparison of predator densities between our study and others is impossible because predator densities have not been reported. We also did not measure coyote densities, but commonly observed coyotes during all years of the study.

Regional differences in fawn survival may be largely influenced by the vegetation structure at the fawn bedsite.

How Much a Fawn Weighs at Birth Matters

The average Midwest whitetail fawn weighs anywhere from 5 to 8 pounds at birth. The heavier the fawns are, the better their chances of surviving predation during those critical firth few months of life.

Research on whitetail fawn birth weights are crucial to the overall survival chances of these deer in summer. Birth weight and date are greatly influenced by maternal condition, and the absence of a relationship between summer fawn survival and birth weight or date in the Huegel study is likely the result of the typically high nutritional plane in Iowa white-tailed does. It is important to note that fawn weight at birth can be greatly influenced by severe winter weather.

JOIN THE CAMPFIRE AT THE SATURDAY NIGHT DEER CAMP!

Deer & Deer Hunting invites you to our new Saturday Night Deer Camp, only on Pursuit Channel.

Saturday Night Deer Camp is a primetime block of shows kicked off each week with the award-winning Deer & Deer Hunting TV. Hosted by Dan Schmidt, Gordy Krahn, Mark Kayser and Steve Bartylla, the show is in its 14th season and covers everything related to deer hunting, from tactics and strategy to gear, biology, great hunts and more.

Following DDH TV, you can watch Destination Whitetail, The Given Right with Kenneth Lancaster and then Land of Whitetail. These four shows make Saturday Night Deer Camp your must-watch viewing this year.