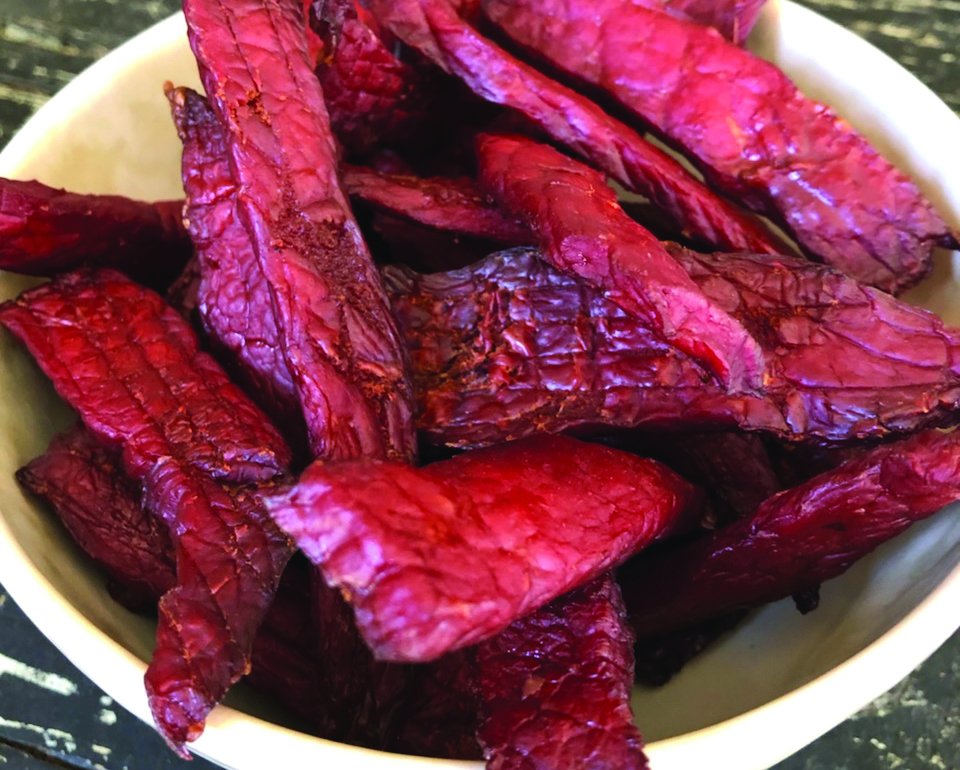 From spicy to sweet to no sodium, find a favorite venison jerky recipe and follow these simple guidelines.

When you marinate the meat, cover it, and place it in your refrigerator at least eight hours. Meat can marinate as long as 48 hours, but 24 hours is the usual maximum. Probably the only time you want to marinate meat 48 hours is when your schedule changes suddenly and you cannot get at it until later.

Marinating meat eight hours or more gives seasonings time to penetrate and flavor the meat. When marinating is complete, rinse the meat strips in cold water to remove the extra seasonings (unless you like jerky super-salty or spicy).

Using paper towels, pat both sides of the meat dry as much as possible.

If possible, after placing meat in the oven or smoker racks, let it air dry for one or two hours until it looks dull rather than glossy. This shortens the higher-heat drying time.

Sprinkle the mixture (without the soy sauce) on sliced meat in a shallow bowl or dish. Moisten it with soy sauce. Turn the meat over, and repeat the process on the second side. Continue until the meat is used up. Place it in a refrigerator and marinate it for eight hours. Rinse the meat well in cold water, pat it dry, arrange it on rack and dry it in an oven or smoker.

For oven drying, shake liquid smoke on both sides of the meat before drying.

This seasoning mixture keeps well until you’re ready to make your next batch.

This is good, spicy jerky.

For each 1½ to 2 pounds of meat strips, mix this together:

Place the meat in a container, and cover it with marinade. This recipe contains enough liquid that you don’t need to coat each meat strip individually. Marinate it overnight in a covered container in a refrigerator. Remove the meat, drain it (but do not rinse), pat it dry and place it on a rack. Smoke.

This is the spiciest recipe.

For each 1½ pounds of meat:

Brush seasoning on both sides of the meat strips, and place them in a shallow bowl or dish. Marinate them for eight hours. Rinse the meat in cold water, pat it dry, place it on rack and smoke it.

Shake liquid smoke on both sides of the meat for oven drying.

This produces a good blend of flavors. 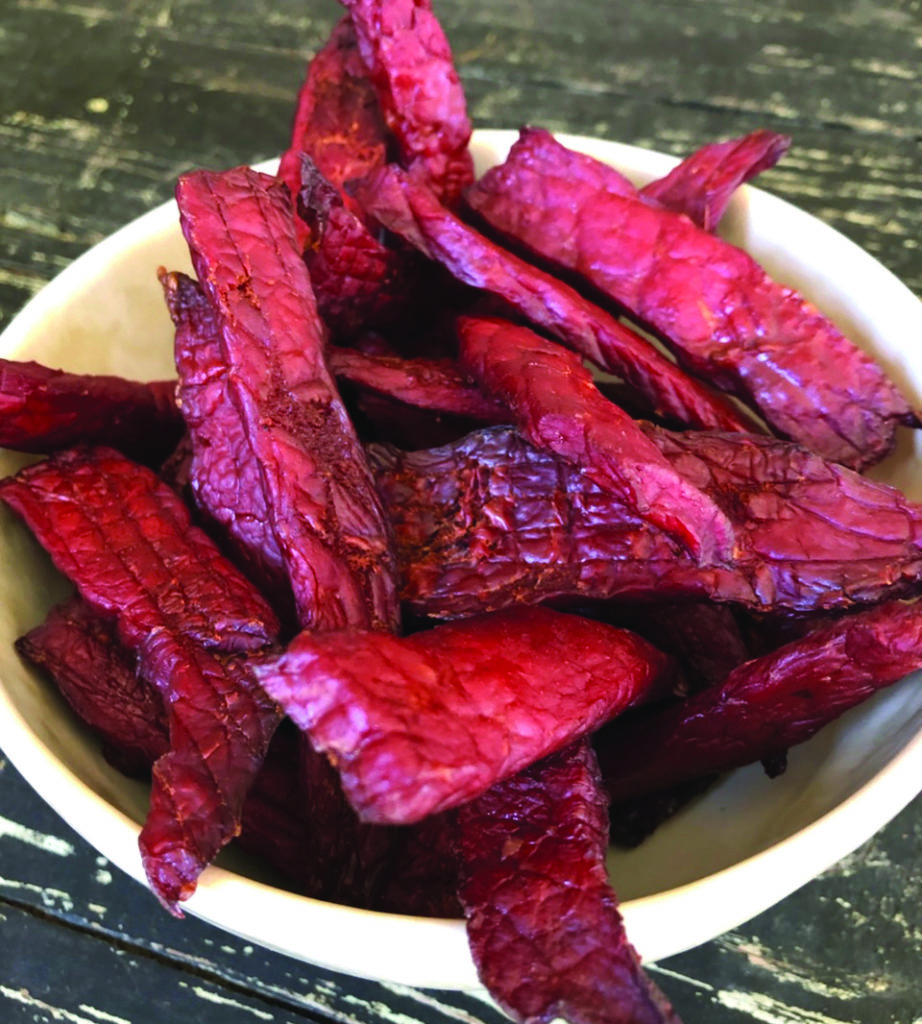 Place the sliced meat in one layer in a large, flat bowl or dish. Sprinkle the meat with hickory-smoked salt, garlic salt and onion salt. Salt to taste — more if you like meat salty, less if you don’t. Turn the meat over, and do the same to the second side. Add another layer and season, and continue the process until the meat is used. Marinate it in a refrigerator for at least eight hours. Rinse the meat in cold water, pat it dry, place it on a rack and smoke or dry it to your desired doneness.

In oven drying, shake liquid smoke on the meat for a smoky flavor. Be sure to apply it to both sides of the meat.

This is a lightly salted and seasoned jerky.

Soak 1½ to 2 pounds of meat strips in that solution for 10 minutes. (It gets too salty if soaked longer.) Drain the meat well (but do not rinse), place it on a rack and smoke or dry it.

Because the solution contains liquid smoke, use this recipe only in oven drying.

This recipe sounds plain, but it was one of the recipes that produced the best flavor, provided the smoked meat was allowed to stand for 24 hours.

For each pound of meat strips use:

Sprinkle the mixture on both sides of the bottom layer of meat, placed in a shallow dish or bowl, and then on the top side of succeeding layers of meat. This will give adequate flavor to both sides of all meat strips. Marinate it in a refrigerator for 24 hours. Remove the strips, rinse them thoroughly in cold water, pat them dry with paper towels, place them on rack and dry them.

Shake liquid smoke on both sides of the meat for oven drying.

This recipe produces a spicy-sweet taste.

The leftover seasoning mixture stores well in a plastic bag with a twister.

The brown sugar might lump. If it does, break the lumps, and it will be ready to use.

After slicing the meat, shake liquid smoke on both sides of the strips. Place the meat on a rack, and dry it in the oven.

Place sliced meat directly on the rack, put it in a smoker and dry it to the desired doneness.

If you can’t have salt or don’t care for salt, these are acceptable ways to have jerky. Understandably, they are bland. You might want to use quite a bit of liquid smoke in the oven or plenty of wood chips in the smoker to provide a richer smoky flavor, as that’s the only taste enhancer used.

Cut the meat into strips. Rub Morton Tender Quick cure on both sides of the meat strips. Place the meat on a rack. Smoke or dry it.

For oven drying, sprinkle liquid smoke over both sides of the meat before drying. In any recipe, liquid smoke obviously gives more smoke flavor. However, we found that Tender Quick is good by itself, too, when meat is cured in an oven or smoker.

This is a quick method, but it produces highly satisfactory results. It has a good blend of flavors, and is not too sweet or salty.

If you dry this in the oven, sprinkle liquid smoke on the meat before drying.

This produces excellent flavor and is an easy recipe.